While members Katerina Economou, Jesse Fuentes (Kill the Client, Creator|Destroyer), Jason Balthazar Eldridge (Hearse), and Kris Morash (Your Brain on Drugs) span from different parts of the United States; the band has been based in Upstate New York and Western Massachusetts since its first shows in 2016.

Following the forward-thinking path of bands like Terrorizer, these Ithaca, New York – based grinders offer variance to the tired blast-blast-blast trope, mixing in elements of death metal, doom, noise and more into their nitro cocktail. 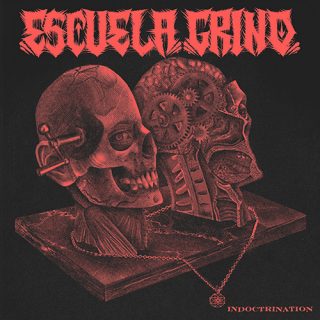 You're viewing: Escuela Grind
17.00 € 3 varastossaLisää ostoskoriin
Someone in purchased