Remastered! The Accused created a form of music called “Splatter-rock” which was screaming speeding punk/metal with lyrics that range from politics to cartoonish death and destruction. This classic has been out of press for quite some time. The original pressing on COMBAT RECORDS has sold over 50.000 copies worldwide. And now due to popular demand and affordability it has been repressed on UNREST. It includes the lyrics which the original on COMBAT did not. 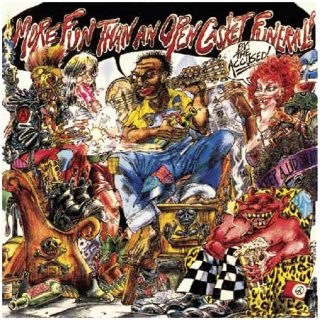